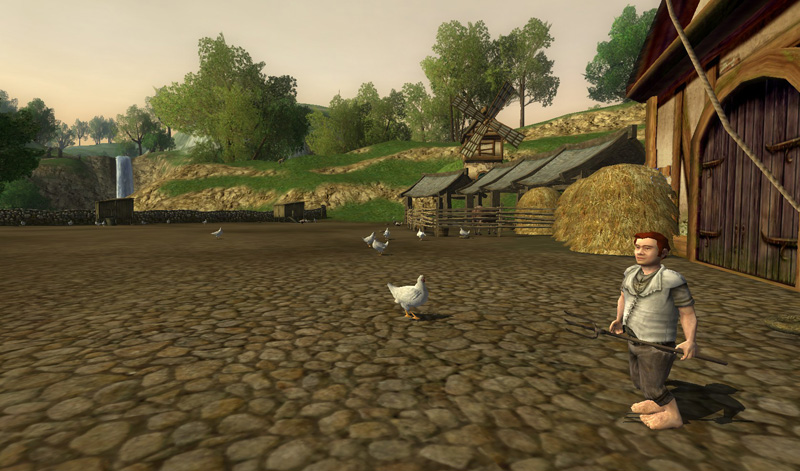 Farmer Sandson can now claim to have the most adventurous chickens anywhere in the Shire, having travelled to exotic places such as Rivendell and Evendim. But the chickens want more adventure, and more importantly, the tall folk in the North Downs want chicken pie for their tea. And so, it is time for Farmer Sandson to herd those chickens once again!

Whether you want to play a chicken, or be a herder, can be decided on the day.

The target of the actual quest is to find an “aurochs yearling”, to the south-east of Gatson’s farm, on the North Downs. However, any remaining chickens who don’t want to talk to the yearling may end up over to Esteldin afterwards.