The decline and fall of Arnor: A GDF lecture

The Green Dragon Friday lecture series continues, this time with an introduction to the Historical Field Trip from the Shire to Fornost. This covers the decline of the kingdom of Arnor, as seen through the eyes of a hobbit telling the tale in the year 1418 by Shire reckoning.

While the start of the tale is certainly rooted in Tolkien’s lore, the ending adds a few extra non-canonical story elements to tie it to the field trip. To accomodate for a 15-minute telling through /say chat in LOTRO, many shortcuts have been made and details removed when compared to the source material. The lecture was given at the Plough and Stars on March 3rd 2017.

The kingdom of Arnor

Once upon a time, there was a northern kingdom of men. Arnor, it was called, and at its height, it covered almost all the lands of the north. Its capital was the glorious city of Annuminas, which lay by the huge lake Evendim, north of the Shire.

Its power was at the strongest three thousand years ago. This is when an alliance of men and elves went ter battle against the Dark Lord called Sauron. The alliance crushed the forces of the Dark Lord in a spectacular, years-long battle in the land of Mordor.

Thus, men were victorious, but the cost was high. Many had fallen, and the strength of Arnor had been severely depleted during the war. Over the centuries it waned further, its population declined. Eventually, kin strife and petty differences made the kingdom split into three realms: Arthedain, Cardolan and Rhudaur. The once-beautiful city Annuminas decayed and fell into ruin.

The three realms often engaged in bitter strife and skirmishes along their borders. And so, they were vulnerable when an evil realm rose further to the north.

Seventeen hundred years ago, a powerful sorcerer rallied orcs and trolls to his side in Angmar. The sorcerer soon went to war against the three Arnorian realms, in a bloody conflict lasting over six hundred years.

He made the realm of Rhudaur his vassal state, forcing its men ter fight by his side. He went to war in the east, spreading darkness in the lands of our hobbit ancestors, prompting them ter move west. He went to war in the south, crushing fortresses and strongholds, reducing the realm of Cardolan to rubble. He helped spread the great plague near fourteen hundred years ago, killing hundreds of thousands, turning them Barrow-downs near the Old Forest into a place of haunted evil. And in the end, he went to war in the north, looking ter crush the remaining northern realm, Arthedain.

The last king held back the assaults over the years, but his strength dwindled and his resolve weakened. Dispatches were sent out fer help, but other men refused to come to the aid of the north.

In the end, the Angmar forces stood on the doorsteps of the capital. The last northern king saw no other end but to flee and abandon the city. Thus, the Angmar sorcerer could ride through the gate and sit upon the throne.

Arnor had fallen. The old kingdom was to be ruled by the Witch-King of Angmar. From the city of Fornost.

Of hobbits and kings

Now, I am sure many of yer have one question in particular. Why should hobbits care about old battles and ancient kings of men?

The answer is simple. Once, the Shire lands were a part of the kingdom of Arthedain. Two hobbits called Marcho and Blanco approached the king, asking if hobbits could settle here. He agreed, thereby granting us the most fertile and beautiful farmland in all of Arthedain.

The last northern king was our ruler. Fornost was our capital city.

And when the kingdom fell a thousand years ago, our ancestors vowed ter help oust the usurper Witch-King and reinstate the proper ruler. An unknown number of hobbit archers went north to Fornost. Most think they went north only ter do battle against the Witch-King. But them also had a second mission, little known even among hobbits.

Only after digging through ancient hobbit records, we have recently got ter know about this. The archers went north ter search the old archives in Fornost. Ter secure the old agreement made between the Arthedain king and hobbits. The agreement that granted the Shire to us. I am sure yer agree that this is an important part of hobbit history.

A journey to the past

Now, were the archers successful? Sadly, history does not say. We know that the Witch-King was driven away. But we do not know what happened to the hobbit archers. Neither what happened with the old agreement.

These days, them say that Fornost is a crumbling, decaying ruin. In Bree, them call the ruins Deadman’s Dike, and them say it is filled with evil. Still, we should go there. Given the news of war and strife in Eastern lands, I am afraid that hobbits may once again find ourselves embroiled in the wickedness of this world.

Thus, we should learn more about how we dealt with war and unrest in old times. To learn the fate of our ancestors. Ter see if any traces remain of the old archives. Ter recover the old agreement, proving for all that the Shire is indeed our land.

So tomorrow we travel to the north. I hope many of yer will walk with us.

2 Responses to The decline and fall of Arnor: A GDF lecture 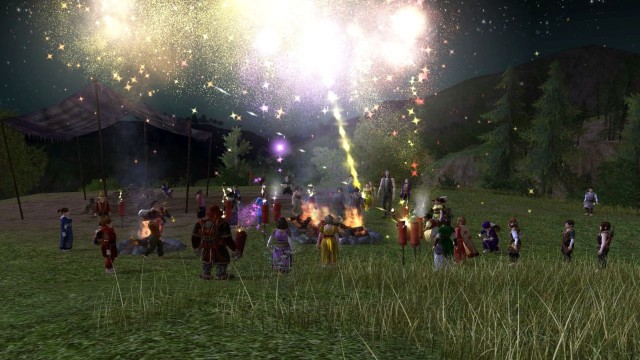 Joy of joys, the summer is near! And summer means time for food and drink! Well, so does the rest of the year too, but there’s one thing summer surely brings. Picnics! Get ready for...
Jun
20
Mon
all-day 1 Lithe
1 Lithe
Jun 20 all-day
First of the Lithedays, the day before the summer solstice. Hobbit calendarShare this:TwitterFacebookRedditEmail
7:30 PM Brandy Badgers Rehearsal @ Songburrow
Brandy Badgers Rehearsal @ Songburrow
Jun 20 @ 7:30 PM – 9:00 PM