The Thain: A GDF lecture

Some notes about the hobbit Thain, from the first Green Dragon Friday lecture.

We just introduced a new feature to Green Dragon Friday, the lecture series. If yer curious, here is a slightly edited version of the first lecture. This one is about the hobbit Thains and was held Friday February 4 2017. Enjoy!

Please let me know if you’d like to sign up for a lecture yourself! Green Dragon Friday is a hobbit roleplaying event held on the LOTRO Laurelin server, every Friday between 3PM – 5PM servertime. Format-wise, GDF lectures should last no more than 10-15 minutes when delivered by in-game text messages in /say chat. This means that the lectures are rarely exhaustive treatments, but rather quick talks to whet the audience’s appetite to topics of hobbit interest.

Good evening, and welcome to this first lecture in the Green Dragon Friday lecture series!

First, let me remind yer all that volunteers for future lectures are very welcome. Just have a look in the Bramblebury Gazette for instructions on how to sign up for one.

Now then, the topic of tonight’s lecture is the hobbit Thains. I will briefly tell yer about how us hobbits came to have Thains, and a little bit about their duties. Should there be any questions during the lecture, please let me know, else we’ll have some minutes at the end.

Now then… The Shire was founded a little more than 1400 years ago, when hobbits first travelled here from the Bree-lands. Back then, the Shire lands were part of a realm called Arthedain, ruled by a king from the race of men in far-off northern lands. And for nearly 400 years, the Shire hobbits were subject to the rule of this king.

All this came to a swift and brutal end when the northern kingdom fell to the forces of evil. A thoroughly nasty feller called the Witch-King conquered the northern capital of Fornost and chased the last northern king away. Thus, hobbits were left leaderless, but obviously not bewildered. In the absence of a ruler, our ancestors simply chose to elect one among themselves. This leader was called the “Thain”, which as yer know means “chief” in our language.

The first Thain was Bucca of the Marish, who was given the title in year 379 by Shire reckoning. The Thainship turned into a hereditary position, held by Bucca’s descendants in the Oldbuck family over the years.

However, in year 740 by Shire reckoning, near seven hundred years ago, something happened. The twelfth-ever Thain, Gorhendad Oldbuck, had for a long time eyed a fine-looking, uninhabited strip of fertile land east of the Brandywine river. The temptation grew over the years, and in the end Gorhendad acted.  In 740, he resigned his Thainship, brought his family with him and left the Shire. Instead, he colonized the new lands and called it Buckland.

Back in the Shire, the Thainship passed to the Took family, which was already a powerful family back then. And the Thainship has belonged to the Tooks ever since. Many of the hobbits in the Eastfarthing, not least those on the the farms near Stock and in the Marish, respected the new master in Buckland more than the Took Thains. Still, us hobbits have never been ones to quarrel too much over leaders and authority, and the Thains and the Masters of Buckland have stayed on good terms over the years.

There have been some fine hobbits acting as Thains too, overseeing the major things happening in the Shire. The first Took Thain was Isumbras I, who became the thirteenth Thain after Gorhendad stepped down in 740. Closer to our own times, we have Isengrim II, the twenty-second Thain. He started excavating the Great Smials in Tuckborough in the year 1083, turning it into the ancestral home of the Tooks.

Another notable Thain was Ferumbras II. He was the twenty-fourth Thain and the brother of Bullroarer Took, the hero of the Battle of Greenfields in 1147. The twenty-fifth Thain was Fortinbras I, who started his reign in year 1201. Them say that his years saw a lot of Dwarves travelling through the Shire, as them travelled west to settle in the mountains west of here.

Now, here is one you will have heard of: Gerontius “The Old” Took, the twenty-sixth Thain. He lived until the grand old age of 130 years, and he was the Thain for 72 of those. Them say he lived in the same room up in the Great Smials all them years, and that the room and himself grew older and shabbier together. What is less known is the reason he stayed in that room so much. Apparently, one of his younger nephews stole his staff in order to go on adventures. So the Old Took swore he’d rather hobble around inside the Smials instead of getting a new walking stick.

The role of the Thain

Today we have Paladin Took II, who is the thirty-first Thain. What are his duties, yer might ask? One might say that the Thain is really the old northern king’s representative, and formally the source of proper authority in the Shire. However, with them northern kings long gone, what does the Thain really do? Well, besides serving a nice tea for visitors to the Smials?

For the most part, the Thainship is a ceremonial title. After all, us hobbits have little use fer rules and regulations, and the Mayor in Michel Delving takes care of the everyday business. At least he tries to, between all them banquets and parties.

Still, the Thain has one very important function. He is the leader of the hobbit military. In case of emergency or danger, the Thain can call the Shire-moot and muster the Hobbitry-in-Arms, the Shire militia.

Although today, us hobbits rarely see any danger. The last time our militia was fully raised was before the Battle of Greenfields, near 270 years ago. And hopefully it won’t happen any day again soon. Most hobbit weapons now end up on display on walls rather than being used for violence. And this is an altogether more pleasant way of going about things. Still, the Thain is an important office in the Shire, and it is good to have someone to look to in case of emergency and dangerous times.

J.R.R.Tolkien: The Hobbit and The Lord of the Rings Online
LOTR Wikia
Tolkien Gateway

One Response to The Thain: A GDF lecture 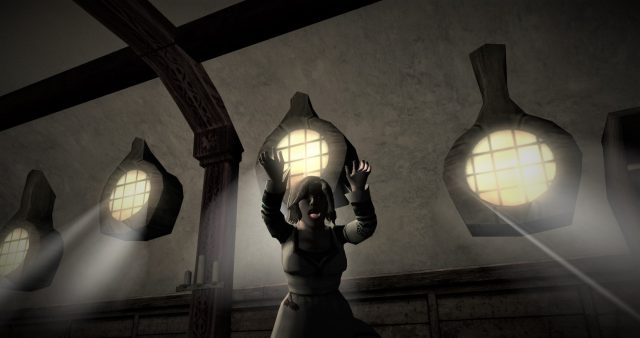