The Songburrow Strollers are five years old! This will be celebrated with a grand concert, where there band just might live up to the strolling part of their name. Welcome!

It was five years ago, at the wedding on Miss Lothilia Bolewood and Master Rurydoc Featherfoot, that a group of three hobbits got together to play a few tunes for the happy couple. Such was the success of the music they decided to form a band, and play their music throughout the Shire. Thus The Songburrow Strollers were born.

Much has changed in five years, and band members have come and gone, but the Strollers are stroll going strong. It is only right and proper that such an anniversary is worthy of an extra special celebration! But where to play? The scene of one of their previous concerts perhaps? Brockenborings? Budgeford? Frogmorton? Bywater? Hobbiton? The answer is, of course, all five!

To celebrate five years, the Strollers will literally be ‘strolling’ across the Shire, performing five short sets at some of the lovely villages in the Shire. Folk from all over the Shire are welcome to come along and stroll with us!

All times are UK times. Subtract five hours for servertime.

Below is the full route map. 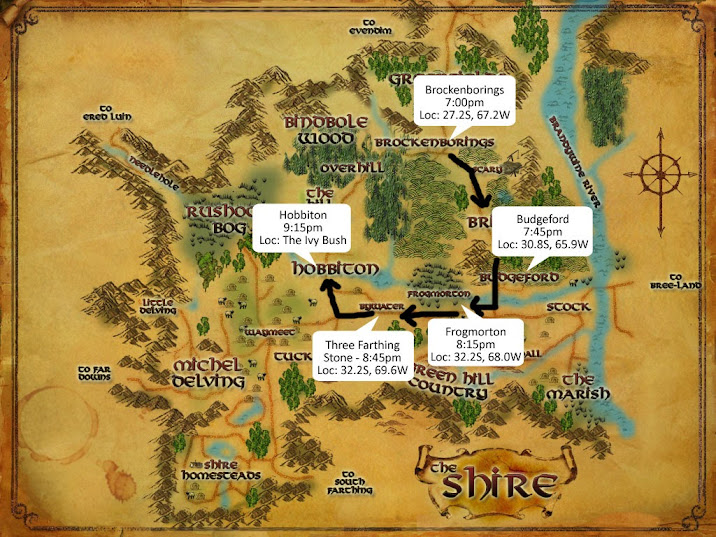 Route of the anniversary stroll, with concert stops marked