In total, six artists sent their entries to the GDF 5th anniversary arts competition, and all are hereby thanked for their grand efforts and contributions! Come inside and see their entries!

There was a good mix of entries this year, with both songs, poems, short stories, riddles, screenshots and tapestries! The general theme of the competition was “The Green Dragon” or “Green Dragon Friday”.

Enjoy them entries! Winners will be announced at the GDF anniversary party tonight!

Riddle/screenshot: Riddle of the Green Dragon Short Story: Advice regarding protection of The Green Dragon

To repel these monsters, you must prevent the flies from landing on your Green Dragon. Prepare a tight net, from perhaps used fishing nets, to cover your Green Dragon in the spring. You can take it off when the summer begins, as the threat has by then passed.

Another threat are the flea beetles, which will attack the leaves (of The Green Dragon). I have found small growths of thyme among them will be enough stop these villains.

You should switch between south-west and south-east fields every year, to keep the insects guessing. Keep the surprise on your side.

Also, it is always a good idea to patrol the field every day, and whack any insects yourself, who might be up to no good.

With these measures, the plentiful harvest of this exciting new variety of turnips is guaranteed.

Poem: A good cup of ale

A good cup o’ ale
Warms the heart and brings cheer.
Sends away the cobwebs
Casts away fear.

A good cup o’ale.
With friends tried and true
Cures what ails
And is good for you.

A good cup o’ ale
No where else but the Shire
Golden, foaming or brown.
Sets the heart all a fire.

A good cup o’ ale
That’s what I’ll do.
A drink at the Green Dragon
With friends tried and true. By Chryssie and Tallic – The Ramblin’ Rascals

I’ve walked the Shire, every village every town
I’ve tasted ale in every Inn with some renown
But one beats the others all hands down
Just one can win, Green Dragon Inn

Throughout the week we do errands, its a bore
Simbo’s eaten all his pies and now needs more
A weeks gone by, Barmy opens up his door
It’s a merry sight, Green Dragon Night

By the fire there’s a rug all worn and old
That’s where songs are sung and stories told
Perform yourself if you’re feeling brave and bold
It’s a merry sight, Green Dragon Night

We’ve heard the news, now Linas hopping song
The floor vibrates to the bouncing of the throng
Matzo complains that this behaviour is all wrong
It’s a merry sight, Green Dragon Night

The night goes on and bedtime now draws nigh
Before too long, it’s time to say goodbye
But first lets send fizzers high into the sky
Bywater’s alight on Green Dragon Night

Come and read a book with me
About the times of history
The book is worn and torn and old
And many stories will be told
We’re sure to read of deeds so bad
And many tales, they will be sad
But yet on things we can depend
There may just be a happy end

We’ll read a tale of lazy kings
Who never did a noble thing
They sat in castles, counting gold
And left their subjects in the cold
Whilst wrapped in furs they ruled alone
On their gem-encrusted thrones
They thought too much of precious jewels
This really is a tale of fools

And there’ll be tales of battles fought
Against the foe that dark lords brought
The armies of the trolls and orcs
Their legions threatened normal folk
And so the hordes were met in war
A clash of spear, of axe and sword
So many conflicts fought and lost
And who’s to count the tragic cost

There’s stories, too, of treachery
Or shady folk who tricked and theived
With stalking in the midnight hour
They craved for fame and wanted power
And set in play their wicked plans
So man would fight his fellow man
But loneliness was their reward
It’s not a tale to read much more 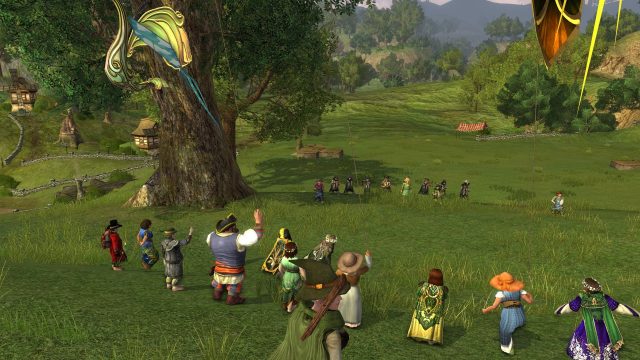 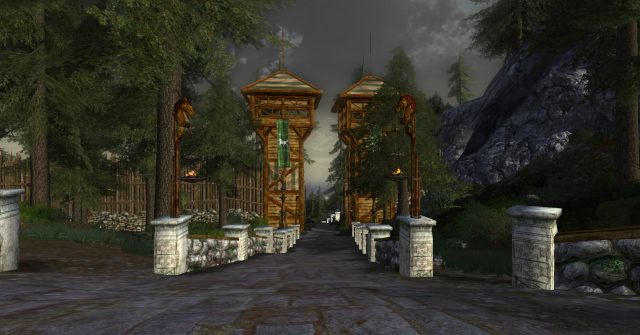