Servers are down, so we’ll have a GDF here in stead! The main post will be updated regularly, so refresh it every 5-10 minutes or so unless it auto-updates. Else, there will be stuff happening in the comment sections too, so do use that!

10:09PM UK
And so we have come to the end of yet another Green Dragon Friday. But fear not, there is now less than one week until the next one! In the meantime, be safe and sound, remember all them grand events coming up, and sleep well tonight! Well, after the fireworks… Thank yer all fer stopping by!

10:00PM UK
So here it is our traditional closing song. Home Sweet Home. We usually play a lively version of it at the Dragon, but here is a more mellow version. Hauntingly beautiful, it is.


Home Sweet Home, from the movie Grave of the Fireflies

9:54PM UK
It’s grand ter see many friends come visit the inn. So here is the Grand Friendship Song! Do sing along to the chorus: #Our friendship is a precious thing#. Oh, and here is a tune to go with it too.


A Bunch of Thyme, Foster & Allen

9:40PM UK
Time for a story, perhaps? We sometimes have them at the Dragon! Here is one miss Pennyroyal told a few weeks back, about The Squirrel Hobbit!

9:30PM UK
Green Dragon Friday is 5 years old this spring, and that’ll have ter be celebrated in style! Here is a video from our anniversary last year!

9:25PM UK
Update from master Thor Bine about the server downtime, no sign of it getting up just yet!

9:20PM UK
At this time, the Brandy Badgers often step up to play! Them never made it into moving pictures yet, but fear not! We got the Andune Ensemble stepping in instead, here playing a tune the Badgers know and love. Preferably without bagpipes, which Barmy has banned from the Dragon shivers. Us Badgers usually sing our Grand Biscuit Song to this tune!

09:10PM UK
Miss Whiteberry is with us tonight! She also visited one night a couple of years back and made this grand and lovely video! Have a look at hobbits celebrating Dragon style!

09:00PM UK
The Dragon has long had a tradition of having old, slightly scary hobbits hovering around. Earlier we have had Jimothy and Saphyre, while the current incarnation is named Matzo. The Dragon often sees ongoing bickering and quarreling between the young and the old hobbits. Here is a song inspired by them Grumpy Hobbits!. More of me own song lyrics right here.. Oh, and here is a video with a good tune for the song!

Gordon Lightfoot, Home from the Forest

8:50PM UK
After the news, we often have Hobbit Heart playing! Here is a teaser video from their yule performance two months back!

8:40PM UK
Time for the news! And as all hobbits know, the best source of Shire news is generally the Bramblebury Gazette!. Upcoming events include a Grand Shire Chicken Run on Sunday Feb 24th, the musical Yarr Arr Me Hearty March 3rd, and the Greenbrambles’ Bullroarer Took concert on March 17th.

8:30PM UK
Time for more songs, and we have Floradine visiting! Well, hopefully, anyways! Here are some of her grand songs of the Shire, I particularly recommend the second one, the duet with miss Chastine!
Floradine’s Songs of the Shire

8:20PM UK
Them youngsters dance near the fireplace, while them elderly hobbits (and one grumpy one in particular) hover around near the back, muttering about how loud the music is. So how about a poem? Here’s one by Simbo, who has written about 100 poems now! Hugs and muffins.

8:12PM UK
Rumours are that Barmy has raised the ale prizes again! Else, a slow swayer perhaps to catch yer breath after the strumming? After all, it was supposed ter be a Spring Lover’s Theme tonight! Here’s Rose of Mooncoin, Johnny McEvoy

8PM UK
Servers are still down, so we open the virtual Green Dragon Friday! A warm welcome, hobbits! Here’s a lively set of strumming ter get us all started, as we often have at the Dragon! Barney McKenna and the Dubliners.

7:46PM UK
The LOTRO servers are still down for maintenance, and Green Dragon Friday is about to start in 14 minutes. If them servers don’t wake up, there will be a virtual GDF right here in this post, updated with videos, news from the Shire, bouncing (!) and whatever else crosses me mind. Use the commenting system to add your own input!

That being said, if the servers suddenly pop up, this will shut down more or less immediately as I scramble me way over to Bywater for the “real” thing. We’ll see how it goes! 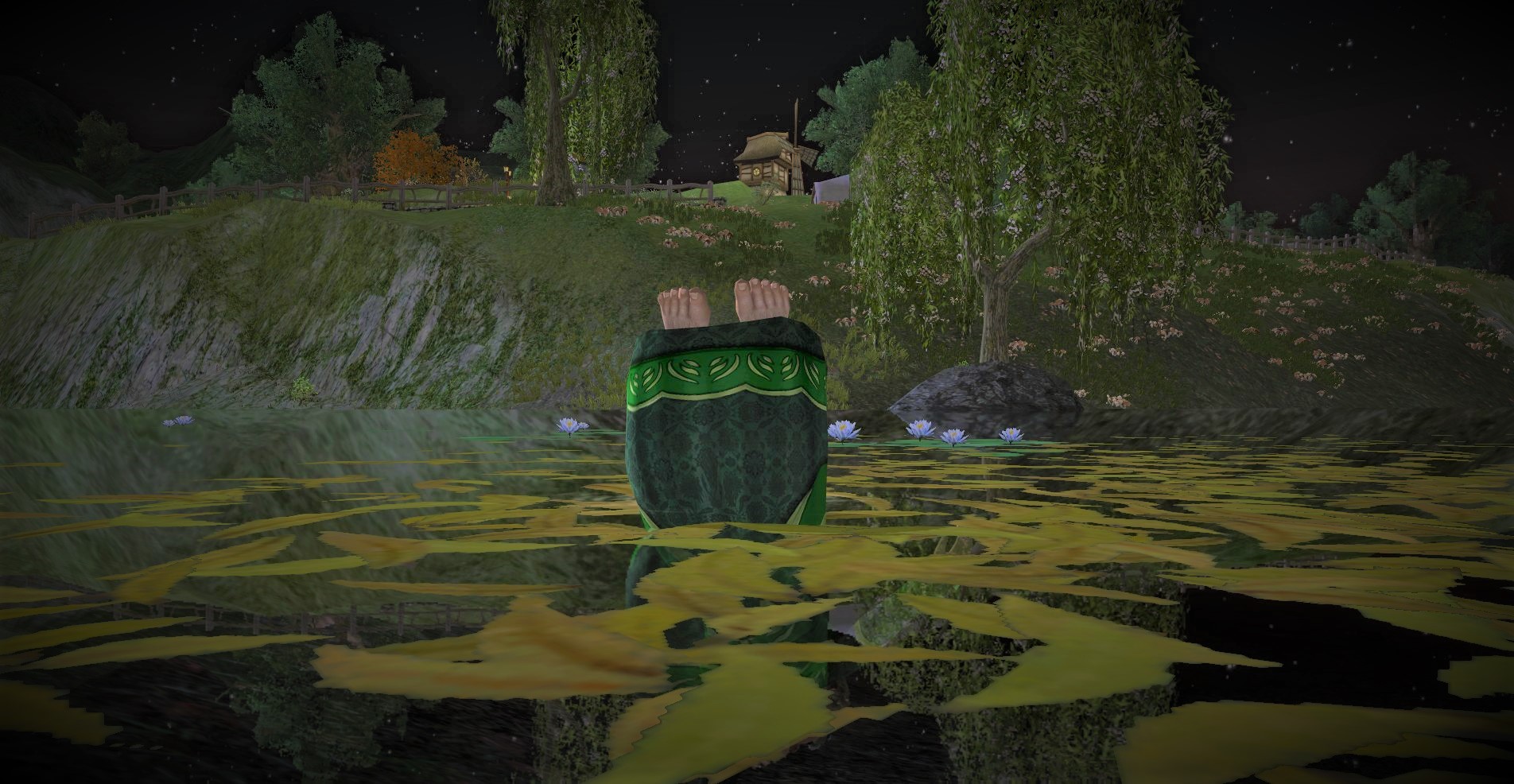 It’s been a few years since our last riddle fun run. Last time, the riddles involved visiting various inns in the Shire. This time we are going to try something different: a riddle fun run...
View Calendar