Last Sunday, the Grand Order of the Lost Mathom celebrated its fourth anniversary with a spectacular party over at Songburrow hall. Speeches were short, food plentiful and the fireworks loud.

As they usually do on their anniversary, the members of the Grand Order celebrated with a loud and lively party. Invitations had flowed freely from Songburrow hall in the weeks before, and as the sun rose on the day of the party, many hobbits were seen flocking the roads toward the village of Songburrow. They were greeted with an initial burst of fireworks and welcoming words.

Rowana greets the first guests with a speech

At the announced start of the party, miss Rowana took the stage and welcomed the guests with a speech. The guest kept glancing over to the table nearby, filled with pies, berries, biscuits, fruits, ales, wines, ham and assorted other hobbit favourites. Mercifully, the speech was short, which cheered the guests up no end as they headed straight for the food.

After a long and satisfying meal, the hobbits wandered back to the stage for a first round of entertainment. The guests were treated to songs, poems and stories by Tallic, Lingard, Rowana and Simbo, before a second helping of food was served. After this, master Bordobac regaled the guests with another poem, before them Songburrow Strollers took to the stage and played a selection of favourite songs, much to the enjoyment of the guests who were now in a dancing mood. The entertainment for the night was rounded off by the Grand Order musical collective, who played a few Songburrow songs written for the occasion. And then, the fireworks filled the sky yet again. 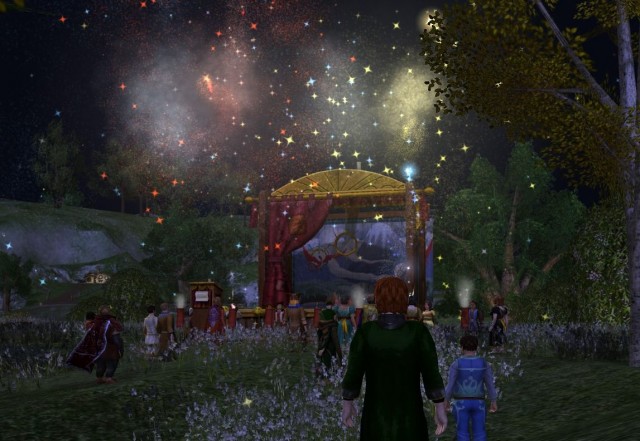 The guests gawp at the fireworks

After all the firework crates had been emptied, the guests were invited into the hall for the traditional farewell drink. The keg of extra special brandy had been installed in the cellar, and the hobbits soon flocked around it, some eager, others slightly nervous. As the guest sampled the strong drink, the Songburrow Strollers played a few songs to greet the guests safe travels on the way to their home sweet homes.

Warm thanks to all our friends who came to the party, it wouldn’t have been as much fun without you. Yer are grand, the lot of yer! And rest assured, now it is less than a year until the next anniversary party!

More pictures from the night 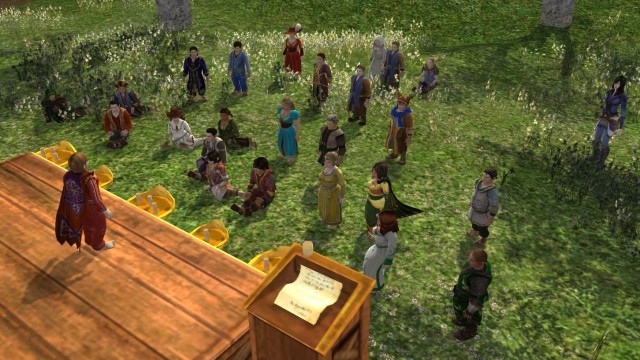 As the speech nears the end, the guests wait patiently for food to be served 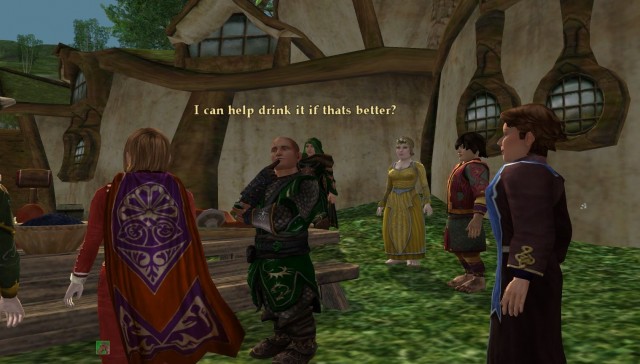 Jiro would rather drink the ale than serve it 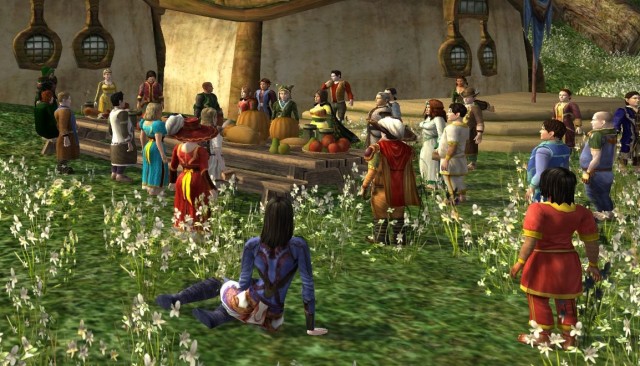 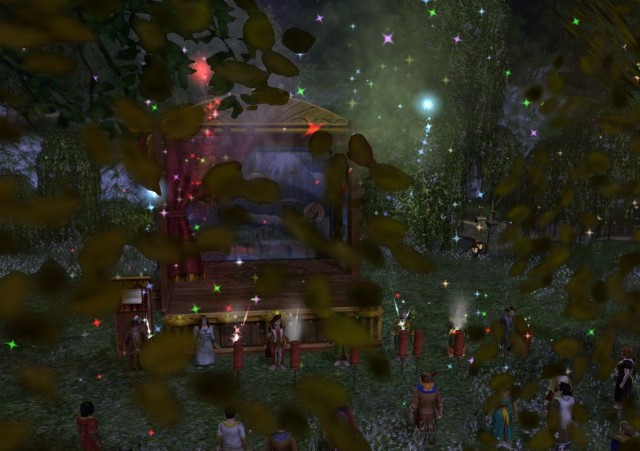 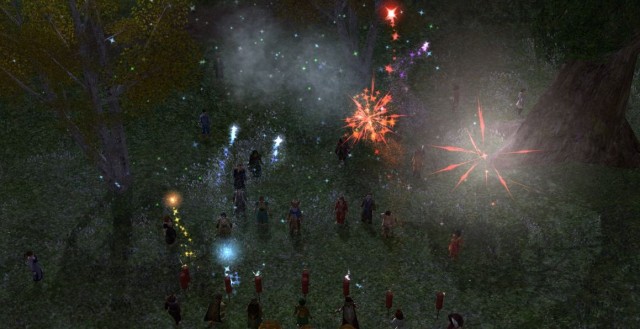 No end to them fireworks! 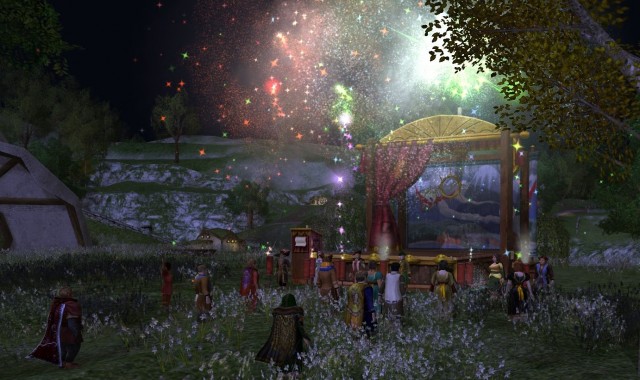 The guest just couldn’t have enough of them 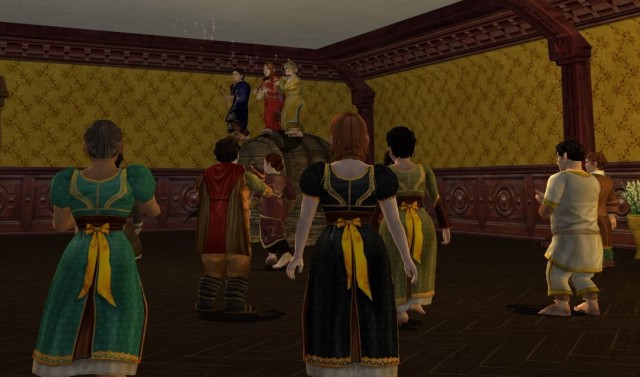 The traditional farewell drink from the keg with strong brandy